Trending On Our Blog 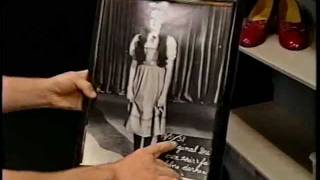 Legendary actress, Debbie Reynolds, left behind a legacy on film. Less known was her work as one of the greatest historians and collectors of film fashion. Her collection of over 3,000 items included such iconic examples as the “Arabian”-style ruby slippers worn by Judy Garland in the Wizard of Oz, the infamous white dress Marilyn Monroe wore in the Seven Year Itch, the Suit of Lights worn by Rudolph Valentino in Blood and Sand, which were some of the pieces that I was given

How Did This 2,000 Year Old Roman Sculpture End Up in a Goodwill in Texas?

What Are the World's Most Expensive Sneakers Worth?

The Curtain Goes up, and the Lights Come Down when "Salvator Mundi" takes the Stage on Broadway...

What You May Not Know About History's Most Creative Genius

Who in the World (Actually) Painted Salvador Mundi?

Where in the World is Salvator Mundi?

Some Happy Little Paintings are Heading to the Smithsonian

The Curious Relationship between Campbell Soup and Andy Warhol